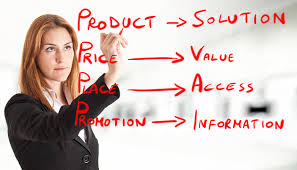 If you go through the biographies of many globally recognized business leaders, such as Sir Richard Branson, Elon Musk, Carlos Ghosn, Jeff Bezos and Carly Fiorina, you will come to the realization that they all put in more than 100 hours a week.That’s the equivalent of 14 hours a day (and change), weekends included.

If that’s the case then what should one make of the adage “Work smart, not hard”? Not much I am afraid simply because the saying is exactly that, a mere saying.

You see, in today’s fiercely competitive world, being a successful business leader demands that you outwork everyone on the floor; that you turn on the office lights in the morning and turn them back off at night, before you leave. It requires that you out-sweat everybody around you, regardless of their age, role or level. And on weekends, it requires that you spend your time, working out or being active rather than binging on a TV show or catching up with emails.

Having said that, one must also realize that working hard is easier said than done, mainly because of the sheer amount of stamina required, day in day out. So to help you out a bit, I am taking the liberty of summarizing the 5 lessons I learned from studying these leaders (and many more) and from having worked hard at being one for the past decade or so.