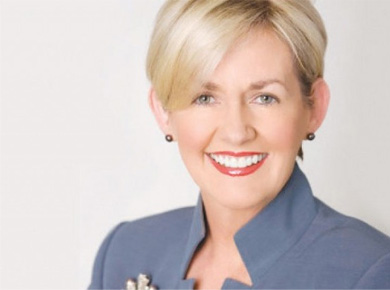 With experience in leading global companies and international organizations, Betts-Johnson advises anyone who ventures into business to do research before hand to show respect. “It’s all about trust,” she said, adding that respect between the two parties initiates fruitful relationships, which turn into good business. “One cannot do that if they don’t understand the protocol.

She added “we do business with people that we like even if the product with somebody else might be better.”

When asked what are the most essential practices that need to be adopted globally, she said identifying rank is one of the top factors. In certain societies, such as in the Middle East, she said “they have to know who’s who and will have to send people who are of the same rank or else it will be insulting.”

Often certain gestures can be easily misunderstood if one doesn’t research on the culture beforehand. Body language with certain hand gestures or showing the sole of the foot is considered offensive in Arab culture.

Another potential source of misunderstanding is giving and receiving gifts. “Gift-giving can be very challenging,” she said, referring to Asian cultures that regard anything with the number four on it as offensive as it connotes death in their language. Similarly, colors make a difference where black and white are considered funeral colors only and are not suitable for gifts.

She noted “if a gift is not wrapped or presented properly, that’s a big faux-pas in the Middle East. That brings back to rank also.”

Businessmen often have to travel long distances to meet with their counterparts. In Asia, delegations are the proper way to do business as opposed to an individual representing himself or a company. “In China or Japan, to go as an entrepreneur or on your own might be a disadvantage because they always work in a group,” she explained. “There’s power in numbers. However, the United States is very individualistic where they’re used to doing business on their own.”

When asked if protocols have become lenient over the years with the advent of globalization and increased travel, Betts-Johnson said “diplomatic procedure at the governmental levels has not become more lenient as any offense, deliberate or otherwise, may lead to an international incident. However, the other forms of diplomacy are much more lenient as they are ‘diplomacy of the people’.”

When venturing into business abroad, does one think of business opportunities with a potential partner first or is building a relationship a necessary precursor?

Today countries with diverse cultures and traditions vary in answering that question.

There’s more importance placed on protocols in GCC countries than others like the United States that is considered to have a more casual approach, according to Betts-Johnson. The latter also believe relationships will eventually follow while the former put emphasis on building a relationship first.

Since 1990, Betts-Johnson has been coaching in international protocols in leading global companies and international organizations. Her newly launched course on training certified Protocol Specialists invites government officials, the tourism industry and business organizations and will take place in Dubai on April 23-28.